Office of the Municipal Manager

CORE FUNCTIONS: THE ADMINISTRATIVE HEAD OF THE MUNICIPALITY 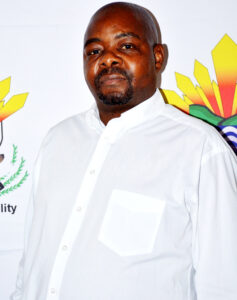 The Municipal Council of Madibeng Local Municipality is obliged to appoint a person as Municipal Manager.

The role of a Municipal Manager is primarily threefold in nature, namely:

The Municipal Manager also has some other less prominent roles, e.g. in relation to access to information, elections etc.

The Municipal Manager must ensure that the administration of the affairs of the municipality are governed by the democratic values and principles enshrined in the Constitution, namely:

(a)  A high standard of professional ethics must be promoted and maintained;
(b)  Efficient, economic and effective use of resources must be promoted;
(c)  Public administration must be development-oriented;
(d)  Services must be provided impartially, fairly, equitably and without bias;
(e)  People‘s needs must be responded to, and the public must be encouraged to participate in policy-making;
(f)  Public administration must be accountable.
(g)  Transparency must be fostered by providing the public with timely, accessible and accurate information.
(h)  Good human-resource management and career-development practices, to maximise human potential, must be cultivated.
(i)  Public administration must be broadly representative of the South African people, with employment and personnel management practices based on ability, objectivity, fairness, and the need to redress the imbalances of the past to achieve broad representation.

THE AREA OF RESPONSIBILITY

The Municipal Manager‘s powers and functions are categorised hereunder according to the identified roles. These powers are subject to the policy directions of the Municipal council and monitored by the Executive Mayor.

The Municipal Manager has a number of procedural duties to perform regarding the Constitution of the Municipal Council, namely –

• Calls the first meeting of the Municipal Council within 14 days after the council has been declared elected;156

• Presides over the election of the Speaker

• Ensures that every councillor declare his or her financial interests and any future changes;158

• Ensures that every councillor declares any gifts received that exceed a prescribed value;159

• Calls and set a date for the by-election in a ward after consulting with the Independent Electoral Commission;160

• Informs the Chief Electoral Officer of the IEC when a councillor elected from a party list ceases to hold office;161

• Gives notice to the public of the time, date and venue of every ordinary meeting of the Municipal Council and special or urgent meetings of the Council, except when time constraints make this impossible;163

• Attends meetings of the Municipal Council and advises the Speaker and Council during proceedings.